Ketchikan, pronounced “catch-ih-can,” is the oldest city in Alaksa, founded in the late 1800s in the gold rush, it came complete with its own red light district. Its in a rainforest, getting a whopping 150+ inches of rain a year, making it the rainiest place in the U.S. It’s average January temp is 32 degrees, and warms up to 55 in the summer. Ketchikan boasts being the salmon capital of the world.

We were beyond excited to take the floatplane to the Misty Fjords National Wilderness Preserve, which was a 30-minute flight from Ketchikan. Only six passengers could sit in the plane – Danielle got a front seat view on the return flight. We were surprised at how smooth both the landing and the takeoff was.

Because of the thick, misty cloud cover, our pilot got creative and had to do a few turnarounds, which led for some pretty stellar views.

You can really tell that the glaciers did their work here. In this part of the area, the cliffs and fjords are around 1,000 feet high and the waters surrounding it all are as equally as deep, making the water a deep, navy blue color. At times, if the light was hitting it at the right angle, it even took on a beautiful indigo color. The impressive backdrop was accented by gorgeous, lush green forests that looked like a battle between ferns, firs, and other leafy trees, all desperately trying to stake their claim on the terrain. Then add the numerous waterfalls, lakes, marshes, and a mysterious mist everywhere…it’s truly something to be seen. And don’t even get me started on the eagles. Many a bald eagle were seen today.

There were so many great things about this experience. It was worth the $229 price tag. No need to buy this one from the cruise. Save yourself the money and get it once you get to port.

The motto of this place was “Where both men and salmon came upstream to spawn.” I mean, how can you not love a place like that? This was a thriving place during the gold rush. It’s literally a creek, lined by walking bridge of “streets” that are about 40 feet off the water. There were many buildings, but it was most famously known for its “good time gals” of the area until a crackdown happened in the 1920s. There was still prostitution going on through the 50s, conveniently ending before the territory of Alaska was made our 49th state in 1959.

Shopping ’til we dropped in Ketchikan

Going into it, I read that all of the inexpensive shopping and deals are to be had here. So shop we did! I was surprised how many jewelers there were. (Apparently, this is a cruise thing.) It seemed apropos that I got myself a pair of tanzanite earrings – the deep blue stone is a perfect match to the deep blue water we saw on the floatplane.

There was a lot of other stuff to see, especially salmon shops. Wow, was this stuff fantastic! From smoked sockeye salmon, to a smoked garlic and pepper king salmon, to salmon jerky, I was in HEAVEN! I definitely brought some home to enjoy later.

Back on the boat and a little seasick. I think from the combination of the floatplane and the literal motion of the boat, I have some motion sickness going on. Luckily, the crew has been really helpful. Two things I learned:

Ginger ale is plentiful, and that’s seemed to help a bit. Both my sister and I have been sleeping like shit, so here’s to hoping we’ll both get a good night of rest before another big day, this time at Icy Strait Point. 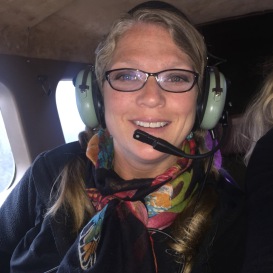 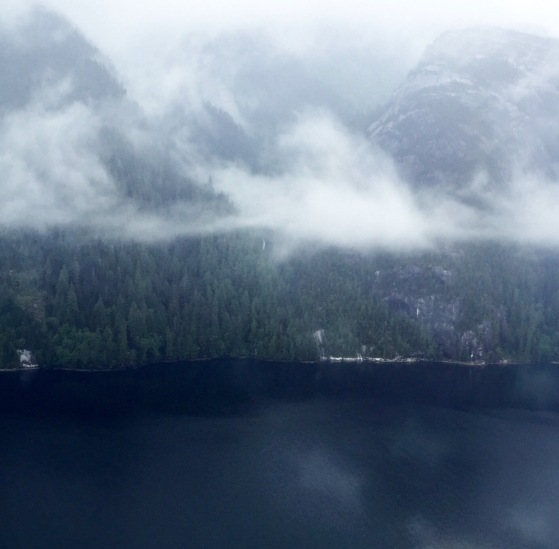 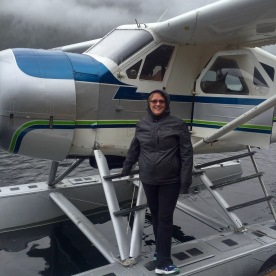 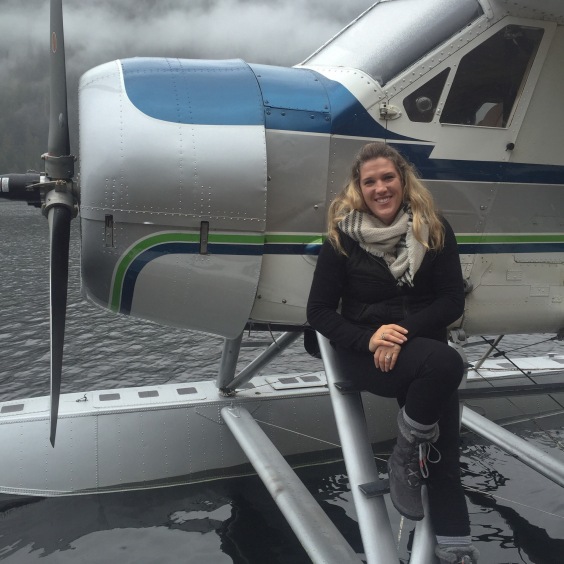 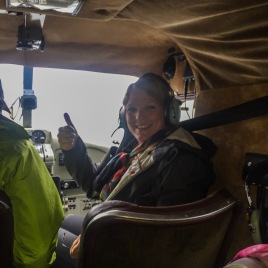 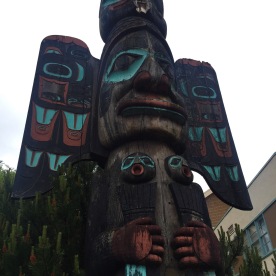 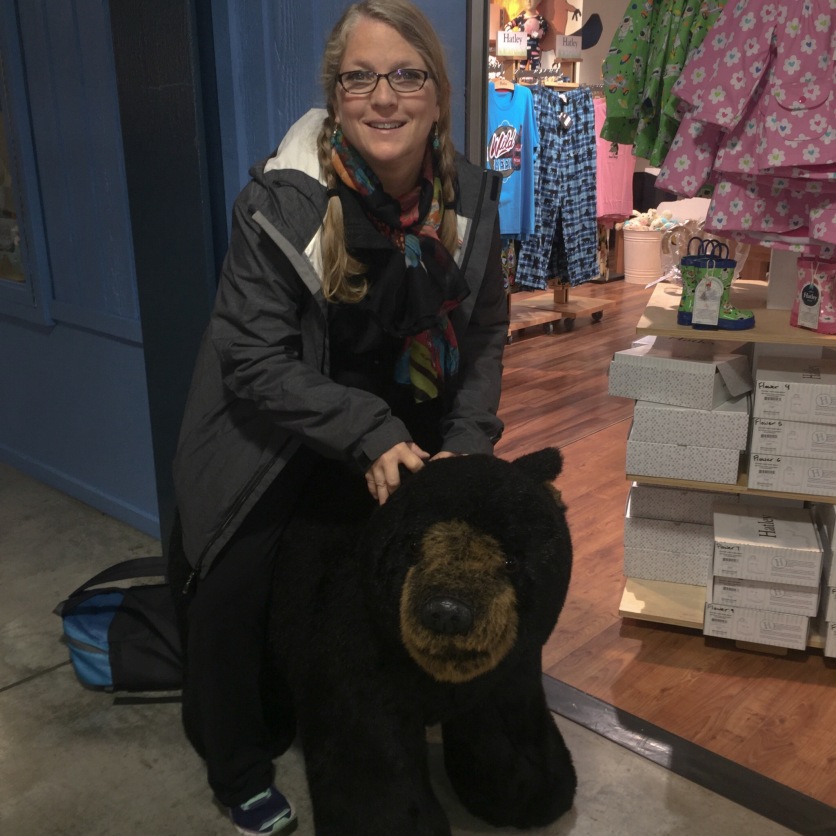