What. A. Day. Walking, subways, and crowds made up a lot of it. But more importantly, it included a rooster clip that provided people A LOT of entertainment. And then there were the soup dumplings. Glorious, glorious soup dumplings.

Peter, my bike tour guide from the first day, told us Old Town would be very crowded today. Talk about an understatement! The eerie emptiness of yesterday was gone. If you’ve ever been to something like the Minnesota State Fair (shame on you if you’re a native Minnesotan and haven’t!), imagine those crowds … times 10. While walking down narrow streets, you’re packed in like a sardine with your feet left with no other option than an odd shuffle. You get to Point B by being pushed (literally) by the momentum of people moving. Walking with purpose and having zero qualms about people slamming into us were musts for the day. Shoulder checking is definitely legal, regardless of the age, especially if a person in the crowd is messing up the rhythm. Today, we did “as the Romans.” So, yes, this means I body checked a child, and I’m pretty sure I was more phased than she was. The experience on the street was tame compared to what goes down in the subway. It just takes one simple misstep to getting trampled. So two hours in Old Town felt like about five. But the decorations, architecture, and organized chaos made it so wonderfully worth it. Eric very appropriately said, “We’re having a bunch of bucket list experiences we never knew we had.”

Getting laughed at. All. Day.

Given it’s the year of the rooster, people were selling these little baby chick hair clips in Old Town. OF COURSE we wore one. And people thought it was HILARIOUS. We already get stared at for being laowai (foreigners), but with that stupid little styrofoam chicken on our head, the stares were amplified by about 100 and accompanied by laugher. Not giggles. Laughter. And pointing. Every time we’d forget we had them on, we’d see someone point in our direction and start laughing. We chalked it up to them being tickled about these two, rare laowai in the crowd who were partaking in a cute part of the culture. So we just laughed about being laughed at. Which meant we laughed today. A lot.

I read about xiaolongbao before I came to China, so I was prepared for the foodgasm potential. Jiajia Tang Bao is where you go to get them. Even though they have a few locations in Shanghai, they’re tiny, lunch counter type joints that are easy to miss. (Thank you GPS!) As we walked up to the counter, a woman pulled out a menu in English and pointed to the two options available that day. I had the crab; Eric had the pork and crab. The steamed dumplings have a perfectly tender dumpling shell that encases the most amazing aromatic broth and meat INSIDE it. To eat, you grab it with chopsticks, dab it in some chili oil and vinegar, and then bite and suck simultaneously to make sure you don’t lose any of the hot broth inside (yeah, yeah, I know how it sounds). I don’t know if I’ve ever eaten so slowly – I wanted to savor every bite. We couldn’t stop thinking about those dumplings the rest of the day.

After a lot of walking and navigating transit, we were in dire need of some relief for our feet … and beer. So we stopped at a gastro pub that served terrific craft beers from Shanghai Brewery. It was a perfect ending to a busy day in this incredible city. 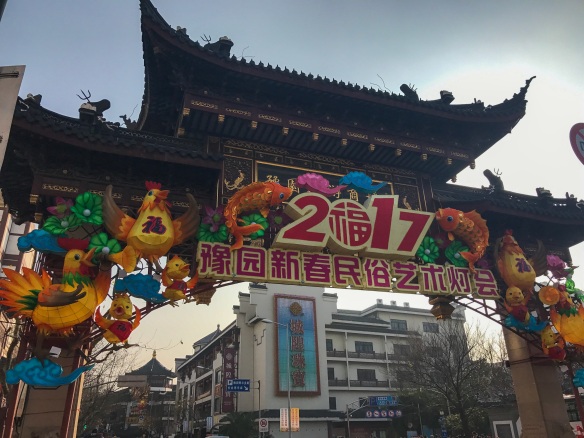 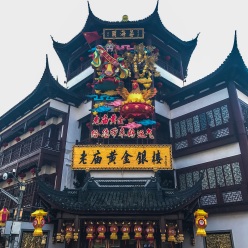 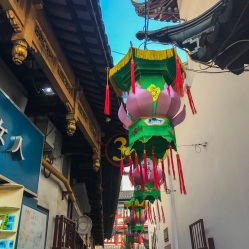 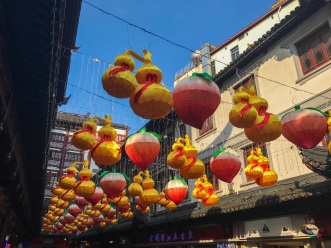