The first thing I learned today, Beijing is HUGE. Even a 50-kilometer, one-hour drive into the countryside kept us in the Beijing city limits.

Fun note: A lot of Chinese people take the time off over the extended New Year holiday to visit the city from the countryside, many for the first time. So it could also mean that it was the first time they’d seen a westerner. Curious people tried to be covert and take photos of us. Eric very sweetly gave one person permission, which opened the flood gates to others. People were literally running over to take photos with us. I felt like a rag doll, being pulled into different directions for photos. One man asked if we wanted to charge him for agreeing to be in his photo. The amplified and bolder curiosity of the people of the north is endearing, for sure.

Anyway, the highlights of another exciting day in Beijing …

Our early morning start got us to the wall by 8:00 a.m., which meant we pretty much had the wall to ourselves. Seriously. We’ve been around some pretty stifling crowds, so this was a welcome change. And we’ve been really lucky these two past days with sunny weather and smog-free surroundings. Our tour guide Marie said it is Chinese belief that good weather follows good deeds. I’ll take it!

We were in the Mutianyu section of the wall, which is the longest fully restored section of it. Mutianyu boasts smaller crowds and prettier views than other parts. The wall was intentionally built high on the very steep mountains in the 1400s. Today, the only practical way for tourists to get to it is by taking either a gondola or a ski lift. If you take the ski lift up, you have the option to take the toboggan chute down. (Obviously, we went with that option!)

The sun was making its way up and over the mountains when we got to the wall. It was pretty magical. The steps were definitely challenging, mainly because they frequently changed in height, width, and steepness. And you’d just as frequently change going up stairs and down stairs, as the natural terrain that the wall was built on is very hilly. Sometimes, we had to use our hands to help us climb up and down the steps. We saw people of all ages at the wall, both young and old. Even if you’re a fitness guru, you’ll be taking a lot of breaks; if you’re not, you just take more breaks. Either way, you’ll get a good workout. The ever-changing steps meant one misstep could seriously ruin your day, so there was a lot of looking down. This was costly for me because I’m a goddamn giant in this country, and my head managed to find the one rogue imposter of a branch that comes into any contact with that section of the wall. I have a small bump and teeny cut on my head as a result. It hurt when it happened, but was more funny than anything.

We climbed around for about 90 minutes before we took the 5,200-foot toboggan ride down the mountain. It’s winter in Beijing, and the climate is dry, so going down a toboggan in 30 degree weather for three minutes was … chilly. But it was worth it!

The Ming Dynasty ruled China from 1368 – 1644. The third emperor, Zhu Di (zhoo dee), was one of the most powerful of the 16 emperors who ruled during the dynasty. During his reign, he moved the capital from Nanjing (which literally translates to southern capital) to his native region Beijing (which means northern capital), where he felt there was less risk of him being overthrown. A wise idea since he killed his nephew (who was native to the Nanjing area) to become the emperor. 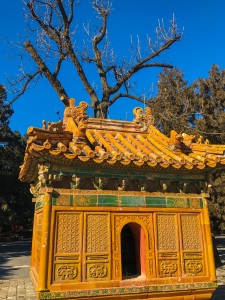 It was also during his rule that Zhu Di had the first of the 13 Ming tombs built, one for each Ming emperor (and his wife and concubines). While every tomb has the same layout, the size varied based on how much money each emperor wanted to spend on their tomb. Zhu Di’s tomb, Changling, is one of only three open to the public today and is the largest of the Ming Tombs. It was built around the same time as the Forbidden City, so the style and colors of the tombs are almost identical to the City, but just at a mere fraction of the size. Each tomb has just two main buildings and one main gate. One of the most impressive parts of the tombs is what you see inside the main hall: 20 or so pillars, each made from a single nanmu tree. One pillar is about four feet in diameter and more than 40 feet tall. Even though they’re made of wood, they’ve held the test of time because bugs in the area don’t like the taste of the wood. Our tour guide, Marie, made a funny statement while we were there: This is just where they’re buried, so it doesn’t need to be so big. The entirety of tomb (halls, mausoleum, courtyard, etc) covers about 100,000 square feet!

For the curious nerds like me: The first two emperors weren’t actually buried in their tombs. The first emperor’s remains are still in the original capital, Nanjing. Since the second emperor was overthrown, he was never given a tomb. There was another emperor who was considered “temporary” and was denied a tomb among the other Ming emperors by his predecessor.

Per the recommendation of our concierge, we went to Hai Di Lao last night for dinner. If you’ve never tried hot pot, it’s basically the Chinese take on fondue … but better. The middle of the table has something that functions as an electrical stove of sorts. A server brings out a large pot that they set over the “stove,” one half filled with broth, the other with a spicy broth/oil mixture. You then choose the meats and vegetables you want to cook in the simmering liquids. We opted for fish, shrimp, and a bunch of veggies, which cooks in mere minutes.We also ordered fresh handmade noodles. It was really surprising watching the guy make them … it was a big show. He literally danced around like he was at a circa 2001 rave, holding raw noodle. As he did this, we watched the flour and water mixture slowly expande into a giant ribbon around him, which he then cut into thinner strips that we could eat with our chopsticks. It was as awkward as it was awesome.

Funny story: Usually, when there’s a wait at a restaurant in China, you’re given a number. As they make their way down the list, numbers are announced first in Chinese, then in English. When your number is called, you go to up to the hostess counter. It was pretty clear Westerners didn’t frequent this one because everything was only in Chinese; most things are in at least two languages, and there was none of that here. We were pretty hungry and wanted to make sure we didn’t miss when our number was called. When Eric went to ask where we were and if he could get a menu, we’re pretty sure they thought he was complaining because we were seated immediately and we were definitely catered to. I should clarify … ERIC was catered to. The service was great, and luckily there was a menu with pictures … pointing can get you far when you don’t speak the language. We were in stitches pretty much the entire dinner, but that could have been because of the beer. (We get free happy hour at our hotel for two hours, and … we definitely got happy before we headed to dinner. And continued to get happier at dinner.)

Ready for an eventful night

Tonight is the 5th night of the Chinese New Year festivities, and per our tour guide, it’s apparently a big one since many people go back to work tomorrow. The fireworks have been popping all day and are getting louder and more more frequent as the night goes on. We plan to go to Da Dong for dinner tonight, which is known for THE culinary dish of Beijing: Peking duck. There’s a bar named Drunk hear our hotel. Yes, Drunk. Maybe we’ll enever up there. For now, it’s time to head to happy hour.

Tomorrow is our last day together, so we plan to go see the historic hutongs … and pandas! 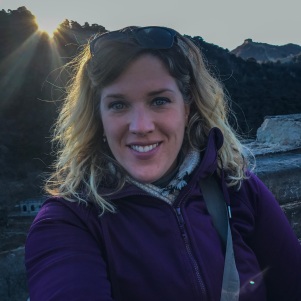 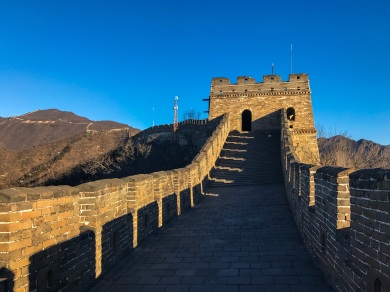 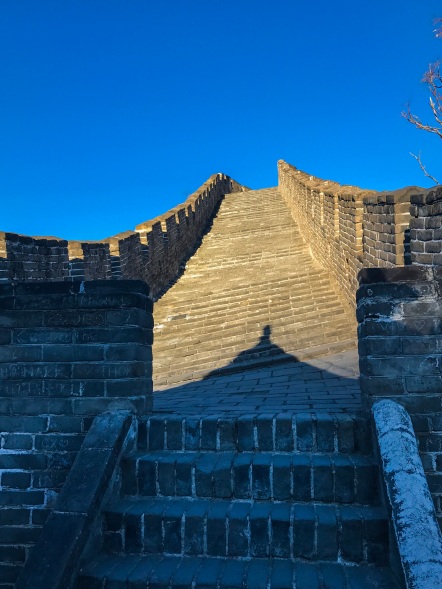 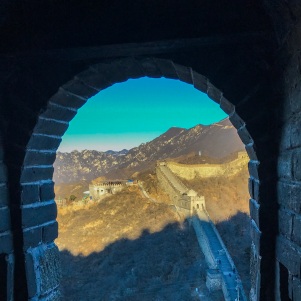 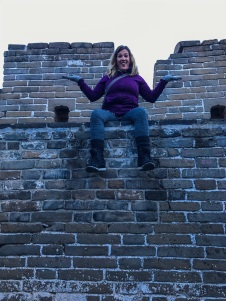 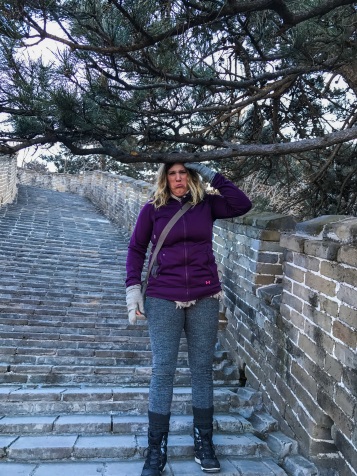 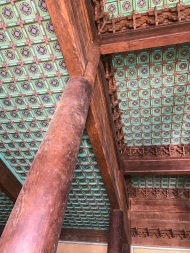